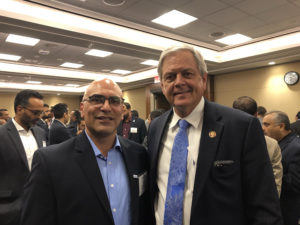 The House Ways and Means committee met on Tuesday, March 12th, to continue the discussion on the lucrative tax extenders first introduced by the GOP in November 2018.  The package intends to extend incentives including the 179D Energy Efficient Tax Deduction ($1.80 per square foot for energy-efficient commercial buildings) and the 45L Energy Efficient Home Credit (a $2,000 credit for the construction of new energy-efficient homes).

National Tax Group President Lee Ferry met with lawmakers right before the meeting on behalf of taxpayers nationwide to strongly encourage a push to approve the tax extenders. Ferry met with Representative Ralph Norman (SC), Congresswoman Judy Chu (CA), and other members of the committee to get a feel of what the general consensus regarding the tax extenders package being approved is. “They confirmed our confidence, and informed us that the Senate intends to pass the tax extender package”, Lee Ferry told his employees upon returning home from Washington D.C. 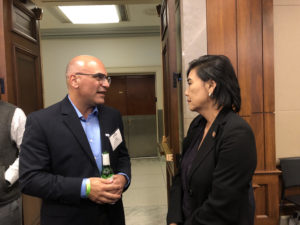 While it is unclear when the fate of the proposed tax extensions will be decided, both sides of the aisle agreed during the meeting that the unpredictable and temporary nature of the extenders do nothing but hinder the effectiveness of the extensions. Ferry explained the importance of permanent and reliable tax incentives during his discussions with The House Ways and Means committee.

We will continue to monitor the decision surrounding the tax extenders and keep you updated with the very latest.