After a long and competitive election season, both House of Representatives and Senate lawmakers are finishing their terms with a busy lame-duck session. Going into 2023, Democrats will enjoy continued control in the Senate, while Republicans will take advantage of a narrow majority in the House. Americans are already anticipating what’s to come in the new year, but before the 118th Congress is sworn in, current members of Congress must turn their attention to some top-of-mind legislation.

Two “must pass” priorities were the National Defense Authorization Act (NDAA) and a government funding bill. The Senate has passed the annual defense authorization bill, sending the $858 billion package to President Biden’s desk for his approval just days before the December deadline. Moreover, a one-week stopgap funding bill was passed on Friday, December 16th by both the House and Senate. This was necessary legislation to avoid a government shutdown, and President Biden is set to sign it into law. Additionally, the Farm Workforce Modernization Act (FWMA), protections for DACA recipients, and other loose ends are top of mind.

The existing version of R&D tax benefits became law in 2017, as part of the Trump administration’s Tax Cut and Jobs Act. Starting this year, businesses have been required to write off domestic R&D expenses over five years rather than benefit from immediate deductions. A new, more permanent government spending bill could include a long-lasting R&D amortization fix. This is a time-sensitive issue since business owners have been affected by R&D amortization since the beginning of 2022. Company leaders of all sizes argue that continued amortization will impede economic growth by discouraging investments in experimentation, innovation, and technology.

Currently, the three industries with the biggest R&D expensing are Professional, Scientific, and Technical Services; Manufacturing; and Information. In dollar terms, manufacturing has taken the biggest hit; it’s facing a $31.7 billion tax increase in 2023, followed by Information at $3.7 billion and Professional, Scientific, and Technical Services at $2.0 billion

Companies fear that failing to restore the R&D fix could lead to job and revenue losses, and have put pressure on lawmakers. Last month, 178 chief financial officers formally called on them to bring back a tax break on research and development expense amortization.

The letter read, “With wages and salaries accounting for 70% of R&D spending, the amortization requirement is expected to result in a loss of over 23,400 direct R&D jobs each year for the next five years, according to an analysis by EY,” and was signed by the CFOs of companies such as Ford, 3M, Kimberly-Clark, and Netflix.

Conversely, some Democratic members of Congress, including U.S. Representatives Pramila Jayapal (WA-07) and Jimmy Gomez (CA-34) and 58 others, voiced some opposition. They stated that lawmakers must avoid the inclusion of R&D amortization in any must-pass legislation without providing support and relief for workers and families in the form of the Earned Income Tax Credit (EITC) and the Child Tax Credit (CTC) expansion.

Both chambers are feeling the urgency as terms come to a close, and timing is of utmost importance as Congress closes out its lame-duck session.

Our team of experts will keep you updated on the latest legislation that affects US taxpayers and our clients. Contact us today for more information and a free assessment of your assets. 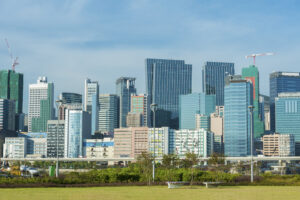 How Will the Inflation Reduction Act Impact Commercial Real Estate? 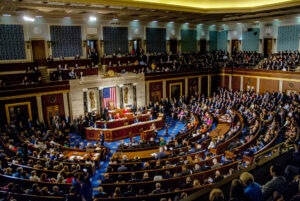 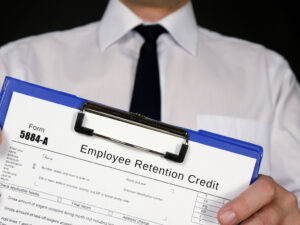