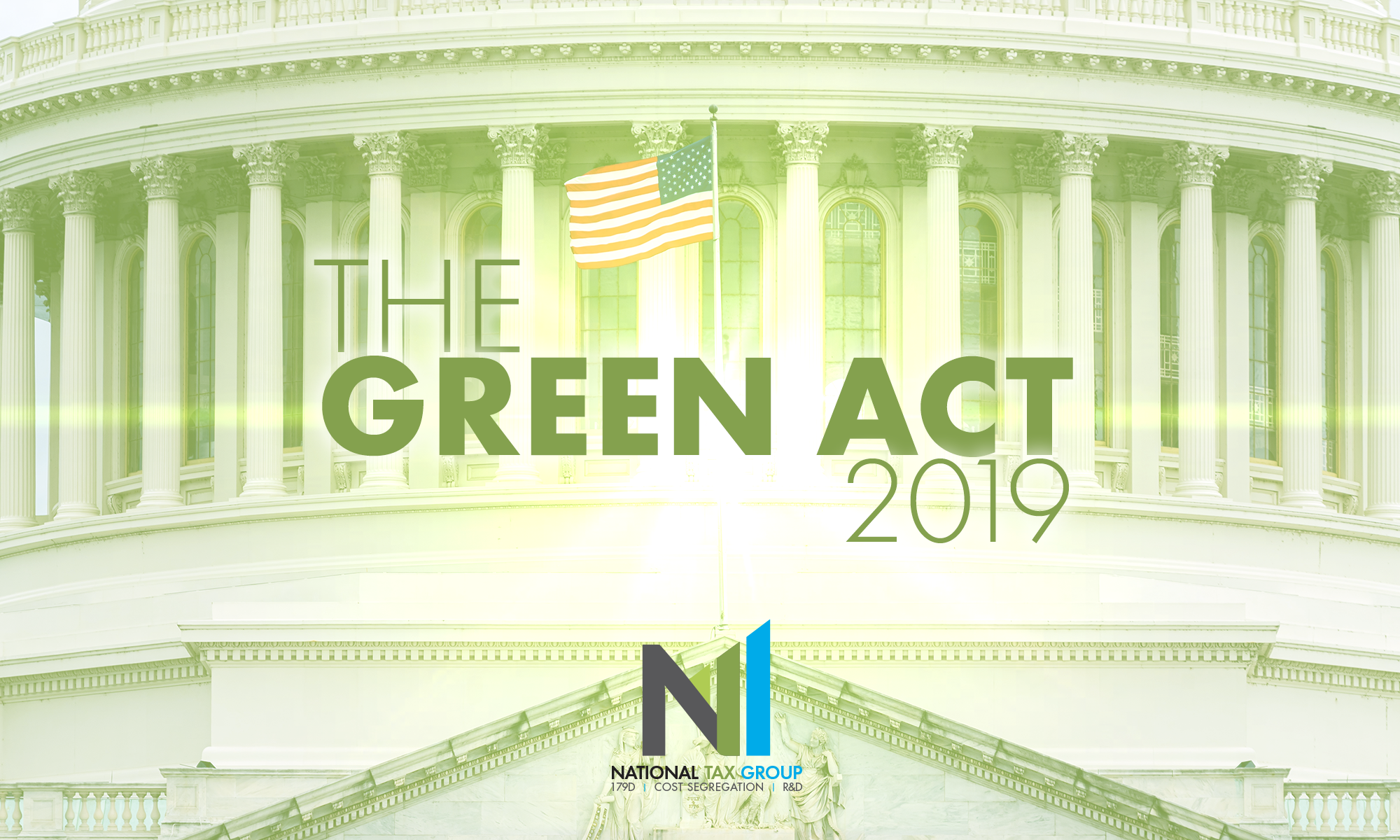 National Tax Group has closely been monitoring the Senate situation in regards to the fate of the Green Tax Credits, which is now part of the Green Act of 2019. Through the uncertainty, things are looking good for the bills that have been expired since the end of 2017. Top tax writers from both political parties are growing confident that the presented bill will pass in the next few weeks.

While the draft is divided into seven sections, the majority of the action falls into three categories: renewable energy production and storage, energy efficiency, and electric vehicles. Some of these provisions renew and otherwise modify extenders themselves; others are pegged to finite quotas that require adjustment, and a few are entirely new incentives meant to spur energy innovation.

These Green Tax Deductions will make it possible for businesses and developers to reduce their carbon footprint as well as increase their cash-flow each year. National Tax Group is siding with the tax writers in confidence that this bill will pass. Get your green plans locked and loaded because once this passes, National Tax Group is here to help you claim all of the incentives your business or unit qualifies for.

Nothing in this draft, except perhaps the inclusion of a biodiesel phase-down, comes as much of a surprise. But the timing, along with the fact that Democrats conspicuously omitted any poison pill pay-fors, is reason enough for optimism as it relates to the tax policy endgame. Congress is poised to approve a stop-gap funding measure this week, giving them until December 20th to procrastinate. In the meantime, the trajectory must change for a tax deal to happen. The Four Corners need something to bring the terms of an agreement into focus, and Democrats speaking with one voice on their ask—in this case regarding clean energy—will be critical. Perhaps an olive branch could be the good-faith catalyst that spurs a needed breakthrough. We’ll know more in the coming days—stay tuned.